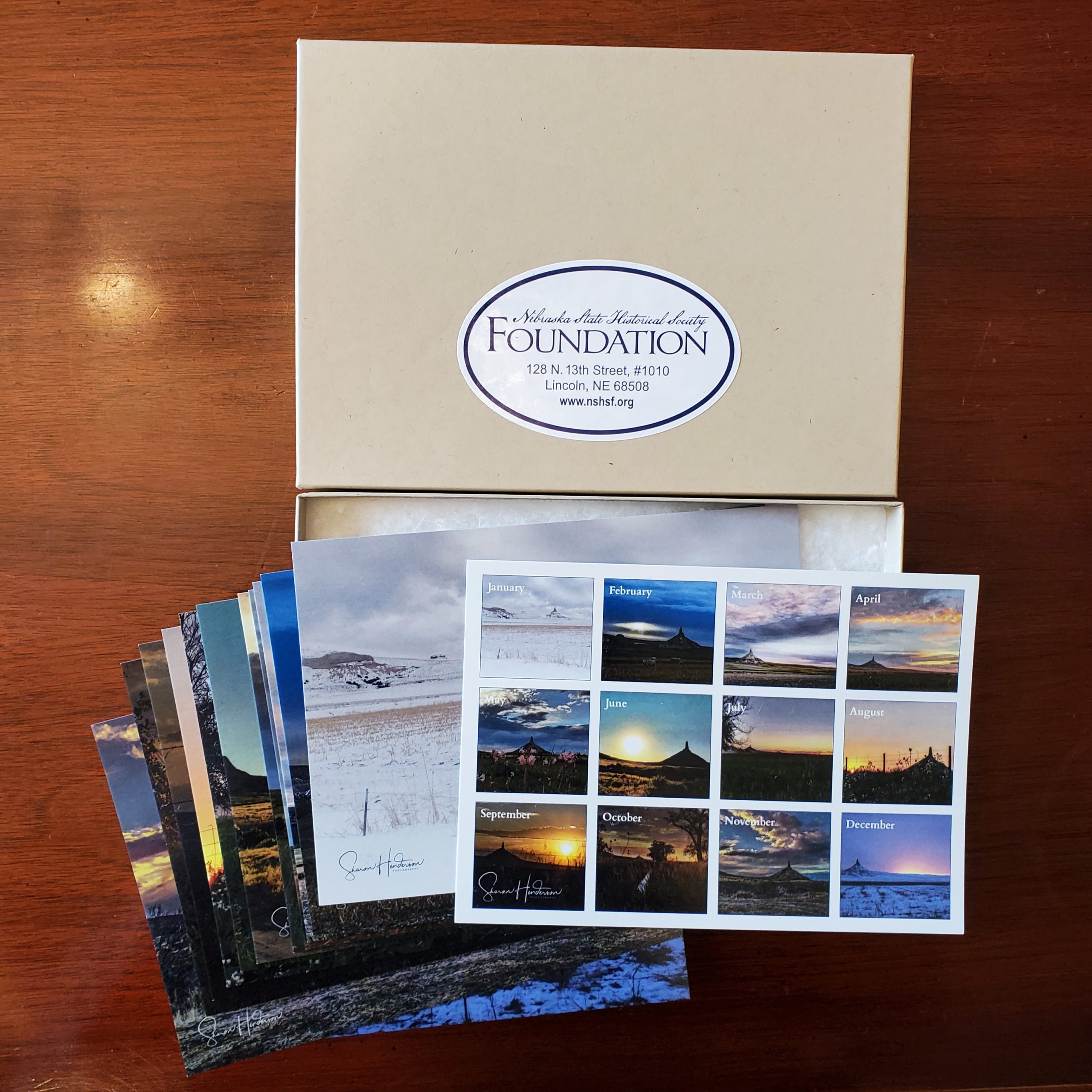 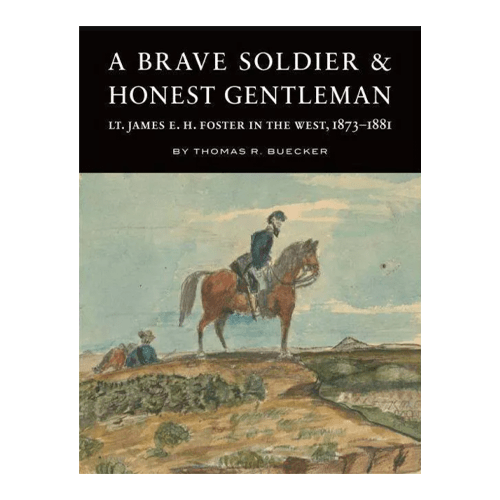 Lt. James E. H. Foster (1848–1883) lived a short but eventful life as a junior officer on the Northern Plains. His story—and his illustrated journal—provide a rich portrait of the frontier army at the time of the Great Sioux War. Stationed at Fort McPherson, Nebraska, Foster traveled with the Jenney Expedition of 1875, filling in the large blank area on the map of the Black Hills, and making some of the earliest surviving artistic renditions of the area.

2014 Award of Merit – American Association for State and Local History 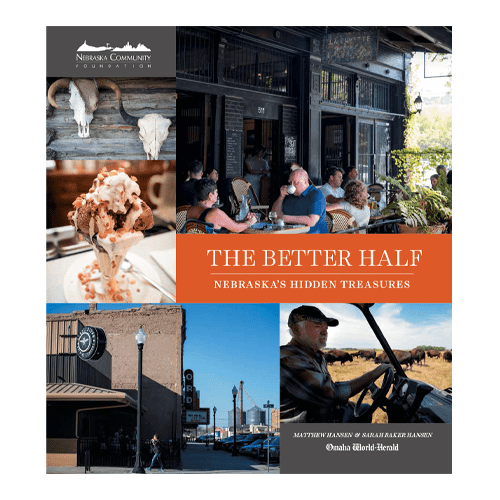 The Better Half (Matthew Hansen and Sarah Baker Hansen)

Omaha World-Herald food critic Sarah Baker Hansen grew up in suburban Omaha. Husband Matthew, World-Herald columnist, came from Red Cloud, population 1,000. They’ve explored the state from border to border, and each has learned to love the part of the state they didn’t know: The Better Half. Come along on their travels as they share with each other little-known people, unexpected moments and memorable foods across Nebraska. At each stop, they discovered more of what the state has to offer. 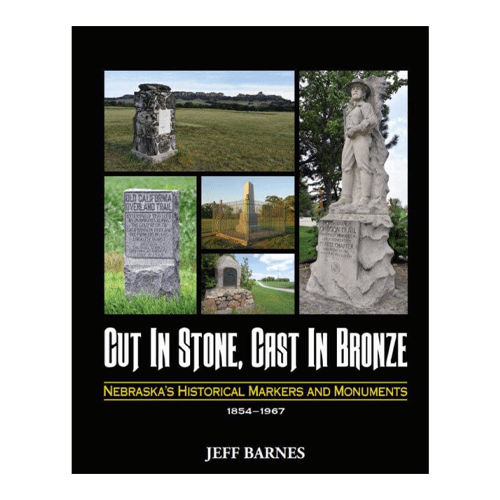 From the time of its establishment as a territory in 1854 to its centennial in 1867, Nebraskans marked their history. Scattered across the state today are nearly 300 monuments, statues, markers, and plaques to the exploration, the cultures and their conflicts, the settlement, and the organization of Nebraska. They are found in its cities and towns and along its highways and country roads, but also in its forests, its fields and its hills off the beaten path. They mark history where it happened. For the first time, these sites are catalogued, photographed and located in a full-color guide to the earliest historical markers and monuments of Nebraska. 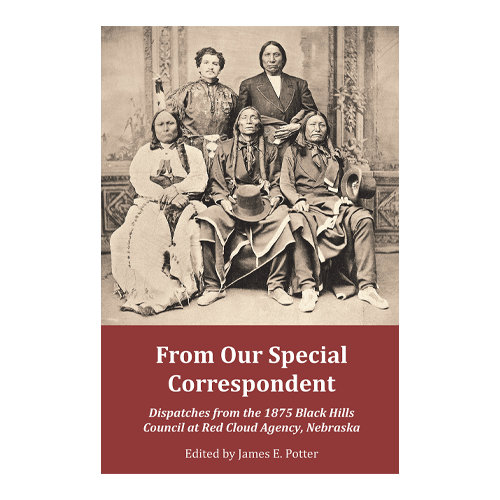 From Our Special Correspondent (Edited by James Potter)

For a month in late summer 1875 the nation’s gaze was drawn to proceedings at the remote Red Cloud Agency in northwestern Nebraska, where the federal government sought unsuccessfully to convince Lakota leaders to cede ownership of the Black Hills. The council was noteworthy for the issues involved, its effect on the future of Indian-white relations, and because it was among the largest such gatherings in American history. Gathered in this volume, the correspondents’ reports provide a fascinating glimpse of the personalities, interactions, and cultures of the Indian, mixed-blood, and white participants in the negotiations.

2014 Award of Merit – American Association for State and Local History 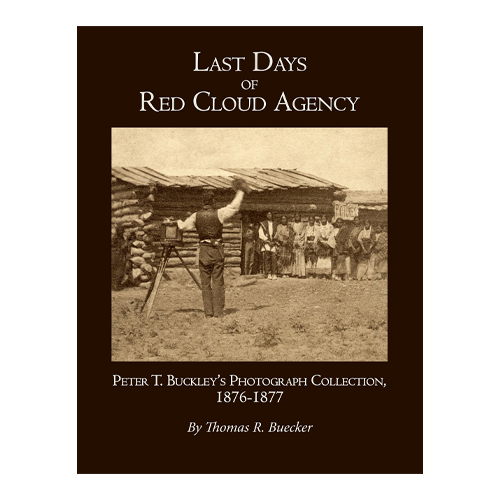 If a picture is worth a thousand words, then a cache of previously unknown photographs are surely worth a book. Especially when those images are from a period of traumatic change for Native peoples in the 1870s on the Northern Plains. This book reproduces for the first time images captured at the “Indian Agency” that marked the end of tribal traditional lifestyles and the beginning of restriction to reservations after the so-called “Great Sioux War.” 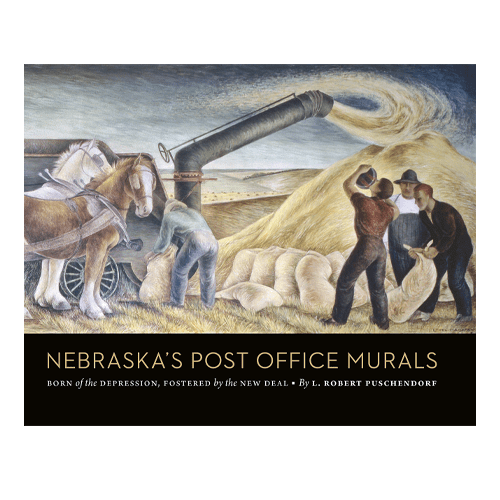 As a part of the New Deal that offered hope during the Great Depression, scores of public art projects were commissioned around the country. Now they are among the most enduring visual legacies of that era. Twelve Nebraska post offices were chosen to receive individualized murals from the program. Nebraska’s Post Office Murals presents the story of these valuable historical pieces. Richly illustrated with color fold-outs and never-before-published artists’ sketches, the book reveals the personalities, conflicts, and spirit of the times from which the art emerged. Each of the artists commissioned to paint the murals had a background story. 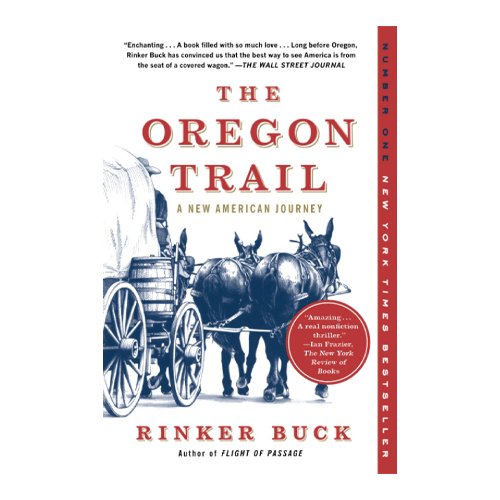 A major bestseller that has been hailed as a “quintessential American story” (Christian Science Monitor), Rinker Buck’s The Oregon Trail is an epic account of traveling the 2,000-mile length of the Oregon Trail the old-fashioned way—in a covered wagon with a team of mules—that has captivated readers, critics, and booksellers from coast to coast. Simultaneously a majestic journey across the West, a significant work of history, and a moving personal saga, Buck’s chronicle is a “laugh-out-loud masterpiece” (Willamette Week) that “so ensnares the emotions it becomes a tear-jerker at its close” (Star Tribune, Minneapolis) and “will leave you daydreaming and hungry to see this land” (The Boston Globe). 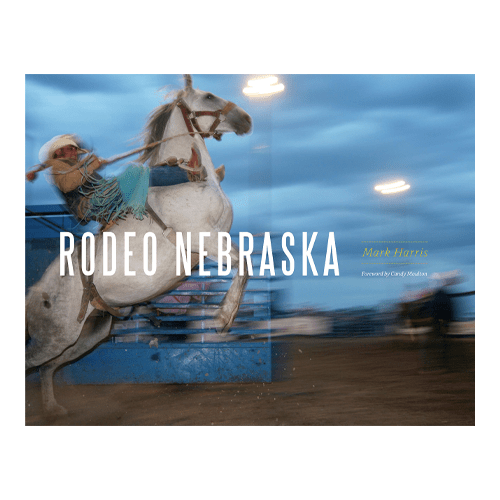 Eight years ago Mark Harris set out on a mission: to portray Nebraska’s contemporary rodeo culture more artistically and comprehensively in photographs than anyone ever has–and then write a book worthy of the photos. At eighty-two events in sixty-two separate locations he photographed the competition, the rural crowds, and all things connected with them. He visited ranches that breed broncs, bulls, and speed horses, and spoke to hundreds of competitors. National Geographic photographer Joel Sartore calls the book “a captivating tribute to rodeo like no other.” 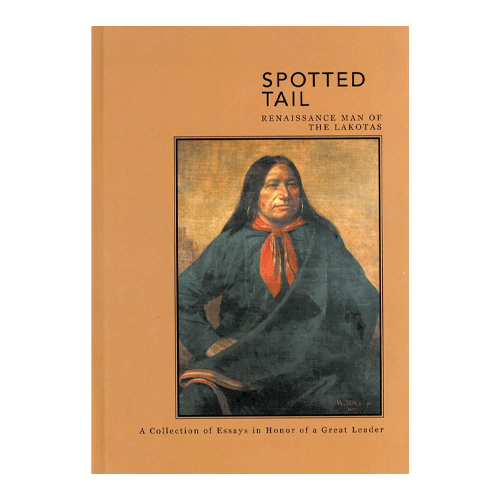 Spotted Tail: Renaissance Man of the Lakotas (Published by Museum of the Fur Trade)